Issue 24; Fountain of Style, a Story of Ink 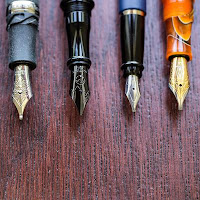 If you ask any historian they will surely come back with their own truth of when the first pen was invented, with hints to Ancient Greece, to an Englishman in 1806 to the use of one that was mentioned in a journal in 1663.  All I can say for certain is, at some point, we put away our quills and held the Fountain Pen up for all to see. These days less people use this writers sword and instead use a phone to text or if a pen is needed a rollerball.  After a recent visit to the local registrar's office to declare my upcoming wedding in which I was handed an ink pen to sign my name, it got me thinking that more men should have one ready to sign at all times.


This may sound quite old fashioned and truthfully, it is, the Gentleman is clearly gone in certain ways, and some we can only be happy to see the back off.  Womanising for one. But some habits died with them like the need to carry a pen, for those ‘just in case’ moments. Yes I am that person that brings out my pen when asked to sign a bar tab at a hotel, or when signing the bill. I am even known to write notes on a napkin so I don’t forget something I have been told.  I am less likely to reach for my phone unless I have to, that moment when you are required to check your diary. (I gave up paper diaries a year ago).

I will agree with most that my handwriting has much to be desired, I will admit I struggle with the elegance of the look to my words. The demise from years of not writing with a pen and writing quickly with a Biro when putting notes together when studying as turned it all to scratching on paper. Sadly to the point I couldn’t work out my own note taking.  Maybe it is why my passion is writing even though my style of handwritten script turns itself more to being a Doctor. 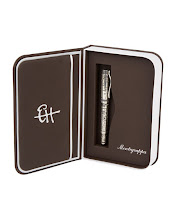 So to give many of you a few options I have picked three of my favourite writing implements on the market so we can get back to an amazing time of words and for that elegant task of taking ones pen from the inside jacket pocket.  I where best to start at the top, and at Harrods, something I would love to be able to adorn my inside pocket but alas this will never be. It is a beauty though and coming in at £2,999, not actually the most expensive pen you can buy. There is a Montblanc coming in at £8,000.

The Montegrappa Ernest Hemingway traveller pen looks amazing and is made out of silver, so if you have the money to burn then this would be my first choice. 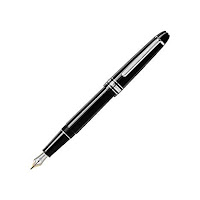 Now for the in between pen and you really do have to go with the Montblanc and the classic style of the Meisterstück Platinum-Coated Classique Fountain Pen.  The fact that Montblanc only has a ‘Writing Instrument’ department rather than a pen emporium, so to pull the £495 black sleekness of this instrument will show people you mean business.  Just think signing that mortgage agreement with such a pen.

If you want something very flashy and shiny and can’t justify nearly three thousand pound then Parker do the SE Atlas costing £366 and is a lovely looking pen.  Parker do some of the best nips in the business and you need to stay away from the thoughts of that plastic thing you had at school which leaked more than it wrote. 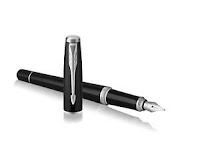 Along with the higher end Parker you also have the styles like the Core Urban, which you can get, for £57 which is more acceptable to my and probably your bank balance.

To up your Gentry game, go and get true instrument to show you mean business, on paper anyway.
Newer Issues Older Issues Current Issue
Curated Articles of Note