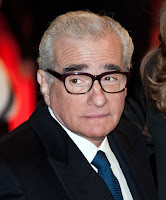 “They are just not Cinema”. You may have heard this comment recently from one of our all time great film makers, Mr Martin Scorsese, the creator of some of the best gangster and thriller films in his generation, or this one really as he continues to do great things.  There are lots of things that are not Cinema, overpriced popcorn, noisy food, rustling packets and cheese. But did the recipient of this comment deserve it?

The comment which was more a personal choice than a slight or hatred to the franchise, was pointed at Marvel and all other comic book films, including all these big budget franchise blockbusters from the Disney machine.  You know the films, we can’t get away from them. Personally I believe they should have stopped with 22 films and the CGI behemoth of End Game, which completed an epic story. It was well played. But they won’t put their feet up and say “a job well done” and go down in history like all good film makers should.

So Scorsese has come in with saying it is just not Cinema.  When you think of the amazing films out there that I getting missed due to the large expense of going to the Cinema these days.  It is not a cheap night out we are all aware. And with so much marketing for the colourful ‘look at me’ young adult films, great films that maybe do not have the budget or create a hyped up audience are not doing as well or being missed.

I recently caught up with film Green Book and even though it is now November and came out in 2018, it is an amazing film that bypassed me for so long. A thought provoking true story, a film that could be all Scorsese but was brought to us by Director Peter Farrelly.  But the reason I never got round to seeing it in the cinema is I had paid so much out watching Marvel and Star Wars along with other colourful family fluff. All these films are predictable, they are entertaining but they are all the same. Apart from the death in End Game, I could tell you how all Marvel films would end and play out, the main character would be fine, then get beaten a bit then win and beat the bad guy, or multiple bad guys that are in the film, the end.  Just slot in the people and let them go.

Now if you keep up with my articles, I have turned away from Marvel, my story has finished with what I started in 2008.  Because of this and once the final Star Wars comes out next month I am going to spend 2020 going to see as many other films that I can.  I will be keeping away from what has become the big budget CGI bore-fest of anything superhero like and heading to see something different that comes out.  Even with the Wonder Woman sequel, which finally gets its release. I hope not to be missing such delights as Green Book on a big screen again. There will be a few from the bigger studios, you do have the next Bond film coming out which will be Craig's last as the spy.  Along with the long awaited Ghostbusters sequel, along with the Dune remake. Which I think these sorts of films a little bit in keeping with them being “Cinema”, are true thought out stories and will be good films.

With the Irishman soon to be on Netflix after its theatrical release earlier this month, has Scorsese back doing what he does best, gangsters.  And has fuelled his dislike of the Disney machines films, from his point of view, they are just not his cup of coffee. I think the problem is there are not enough middle ground films like this.  You get big blockbuster Disney type films, or Tarantino with his off the wall films that always start well but go crazy by the end and are not for everyone. You get the hyped horrors like Get Out which are one offs and are hits due to their difference to anything else, the original Purge was the same.  But how many Green Books do you get, they are nice films to watch, entertaining, well acted from all involved. I have not watched Joker because I really have not had time plus I am not a fan of the actor even though I am a big Batman fan. So as now a sequel is in the works I see it may start to move into a Batman world so this film will be on my catch up with at home list.  So maybe this is what Cinema really is, a mix of everything, but maybe not these predictable young adult and kids films, does anyone really know though? I believe in one offs, the occasional trilogy if an original story or concept, and I think this is what the bespectacled film gent meant in his comment, and not these Marvel standards that churn out to do one thing, make money and are not always entertaining in the way you want.

Until The Batman comes out, I will keep the likes of Wonder Woman as mentioned above to Sunday afternoon home viewing.  More than Martin will do I am sure, but he had a point, there is no risk in these films. And sometimes what we need in movies is a true feeling within ourselves of a little risk.
Newer Issues Older Issues Current Issue