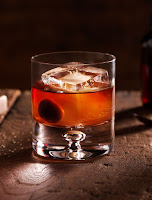 This drink is one of the oldest in cocktail history and is fashioned simply, coming from the 1880’s this Whiskey based cocktail was lost in the folds of time until a certain Advertising executive began to order them, a lot.  So sit back and be like Don Draper and order yourself an Old Fashioned.

Of all the cocktails this series has mentioned the Old Fashioned actually has the most basic of ingredients but takes a little more to make and to get it right.  It was traditionally made with Bourbon but also Rye Whiskey is used but has the same effect just with a slight change in taste. You can see why the protagonist of the eight year television show Mad Men, Don Draper only ever ordered The Old Fashioned but just drank bourbon in the office, well, don’t we all? 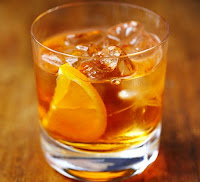 The IBA’s recipe is easy and doesn’t require a heavily stocked drinks cabinet, like many of the classic cocktails you don’t need a chemistry set to create.

However the making is a little more unique, no shaking here and you will need a short glass, which is where the cocktail got its name as served in an Old Fashioned glass, you will also need a muddler.  You place your sugar cube and add the bitters to it, along with a few dashes of water, it must be saturated to don’t miss, then muddle in glass.  Then add your bourbon or whiskey, ice and serve with a large twist of orange and a cocktail cherry, and all to start your evening before dinner.

Like many cocktails it is to be consumed at the cocktail hour before you sit for dinner.  It’s bitterness and sweetness of the bourbon and sugar really make this a delight.  I am not a huge fan, and will always head to the Negroni rather than an Old Fashioned but sometimes it just has to be done.  To try one of the best Old Fashions in London then head to The Gibson in Shoreditch, with its speakeasy vibe and live piano music or for something more refined then I would advise a trip to George's Bar at The Gilbert Scott, set in the St Pancras Renaissance Hotel in Kings Cross.  Both venues are some of the best in the mid-range price field, so you sample a little more.

When you next hit a cocktail bar (when able) or are sat at home, then maybe be like Don and grab something a little old fashioned. 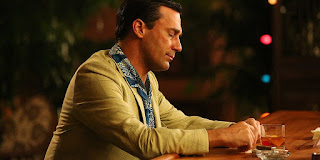