Issue 4; The Honeymoon without the Wedding 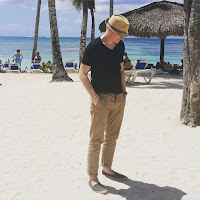 Nine hours from the cold wintry wet weather of home finds me and my other half in the Caribbean and the Dominican Republic to fill our lives with sun, sand and mixology.

I am not one to sit around in the sun but when thinking of a holiday we wanted to go on the premise was we wanted a honeymoon without the expensive wedding bit and it was a toss-up between the Maldives or the Dominican Republic. The saving of three grand helped us make the decision and you have to keep one of them for the actual honeymoon so Dominican Republic it was.  To save a lot of hassle and to let someone else do the leg work we booked via Thomson travel agents, I know it is cheaper to do it yourself normally but why skimp when spending four grand on a holiday; I could have gone on three for the price of this one. Now I am starting to sound like a cheap skate so I shall move on.

The first question after booking was what to actually wear to the airport; it is an ultimate dilemma 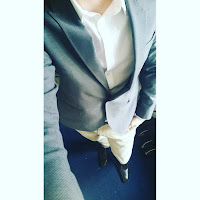 and one that will go on until we have instant teleportation as a means of travelling around the world. I went with smart casual, keeping it comfortable with chinos and a white shirt and a pair of loafers. You always want to keep your clothing quite lightweight. So looser is better then add a lightweight jacket which will keep you warm if you have an aversion to plane air con and if like me leaving the UK in March. We were delayed slightly on departure but thankfully this was known straight away so no being stuck at a terminal gate for hours. The flight was as most flights are, tedious; they are a necessary evil that we all must endure to get to the destinations of our dreams. But mine was made slightly less uncomfortable by a larger woman next to me who fidgeted the whole way and whilst eating Haribo was continually elbowing me whilst I made a feeble attempt at sleeping. Now the occasional nudge on a plane happens you are very close to each other but at least apologise rather than ignore. And I have nothing against larger people but maybe if didn't eat the chocolate and sweets you would have been more comfortable on the plane, just saying.  And thankfully I was not chucked off the flight before take off, unlike a group of twenty five guys (a wedding party I guess) whom were asked to leave and were arrested for being rude and drunk, this information I was told by a very cheery border officer at Gatwick.

This was my first trip to the Caribbean and the Dominican Republic so I was unsure what to expect upon arrival.  The first thing I noticed was the airport is open air, totally open and the roofs are made of thatch.  Now once I had paid by ten dollar arrival tax and had a quick hand luggage search a small man had my luggage and was telling me to follow him. Having mild long flight lag I just agreed. Don't panic when this happens they are porters but be prepared to tip them, don't give the English a bad name please this is a nation of tippers as their biggest custom is the Americans. I tipped a few dollars but you can use Dominican Pesos they take either depending on what you brought with you. I had both and is the best thing to do if you ask me but all prices at the big resorts are in dollars, but if you ask what it is in Pesos they will tell you. I did tip in Pesos after this as they don't need to change it so appreciate it more.

Being winter in the Dominican Republic you expect slight weather differences to the summer, the temperature only reaches about 31 degrees Celsius and most of our trip was at 27/8 and the evening go to about 23/25, which is very bearable for winter chill. The days when the sun is at its hottest are very hot but there were some clouds and a couple of showers but not as many as showers as the summer months. The evenings are lovely so chinos and a shirt with some sockless loafers are perfect and you'll probably out dress many of the other vacationers. 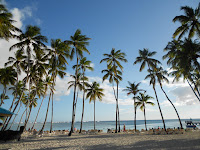 We stayed at the Dreams hotel and spa resort in La Romana, on the Caribbean Sea side of the island to the south. If you stay at the north of the island then you will be on the Atlantic which you can obviously guess is not as clear and warm. The sea temperature is very similar to the air temperature just a degree or two cooler so perfect and the sea life is worth seeing even just off the beach.  I did some snorkelling off the private beach area of the resort and there were starfish in the grassed areas and there is a small reef with quite a few species, at one point I got caught up with a shoal of fish and they were circling me on mass, and another couple who were unaware of the few hundred fish the size of my hand moving around them why I swam. They were aware however of me circling them like a human shark. 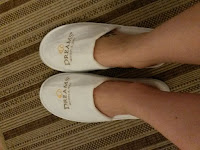 On arrival at Dreams in La Romana we were greeted by a lovely gentleman on reception with “Bonjour” which I replied with in kind even though I knew they spoke Spanish as a first language, this meant he thought we were French so he continued on in French now my French mostly gets me through ‘hello’ and ‘how are you’ so had to the do awkward thing of saying we were English, I know how to ask if someone speaks English instead I blurted it out in a tired London accent, letting the side down a bit but shit happens. I then pointed our bags out and was shown to the room; our bags arrived a bit later on. The room was gorgeous and our view was a garden view rather than a sea view but also meant we were not overlooked by another block which was lovely. The mini bar is free of charge along with everything else and we couldn't wait to try the next most important things, food closely followed by cocktails.