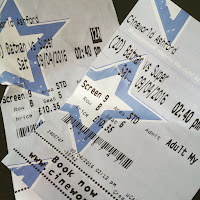 I love a film, whether epic, action or comic book fun and I am also a great fan of Batman and Superman.  So with this, I would like to go against the reviewing fraternity and say I really liked Batman V Superman but you can leave the shoe horned in extra bits, as they are pointless.

I shall explain, even though I did feel like leaving it there.  The whole premise is great, Batman who is going off the rails has taken it upon himself to take superman out as a danger to humanity. So the ongoing battle begins and Lex Luther appears in pre Luther bald form and we get onto the Doomsday story (see comic books for this).

I had one problem, well a few, but revolved around the same thing.  Wonder Woman was not needed in this film; she had nothing to do with the main story, along with a whole dream sequence which I will go on about now.  Oh SPOILERS!

Now the, what is being dubbed, The Knightmare sequence that sees Batman fighting villains in a scorched dessert and the Omega sign being apparent and the flying mutant alien things point to Darkseid and the whole battle for Earth thing.  How do I know this, I used Google, did it help with the film we were watching? No, did it need to be there? No.  It was pandering to the comic book fans not all the other film goers, I liked Man of Steel even if a chunk of the comic book fans didn't but really who cares what they think, it isn't a comic book it is a film, two different mediums.  We basically watched a trailer within a film and then with The Flash appearing and giving us a MacGuffin (the MacGuffin is the central focus of the film or the thing that drives the story) for a totally different film that will be the Justice League film if and when that is made had nothing to do with the story line I was apparently watching in the rest of the film.

Then there was the other scene with Wonder Woman watching a file containing video of Aqua Man, The Flash and Cyborg I believe which again we didn't need to see and had nothing to do with the main plot and might as well been put in a coming next trailer in the credits or something.  The problem with these extra scenes is that they detract from the tension being built around Superman and the worlds hatred towards him and that he knows that he must answer to them and then ultimately die to make them like him.   But we had to stop halfway through this to bring you a news bulletin that we are making a Justice League film with these people in it and will rival Marvel.

So in conclusion, this was a great follow up to Man of Steel and once the whole Batman hating Superman finishes and we get to see Affleck be the bad ass fighting Batman taking on human criminals then the film took shape.  Just a shame this was in the last thirty minutes.  I am looking forward to Man of Steel 2 and hope they don’t just leave that it and carry on with Justice League only, and please get someone else to do it, Zack Snyder did a great job last time but went all over the place with this one, was it him? Or was it the studio calling the shots? We may never know.
Newer Issues Older Issues Current Issue
Curated Articles of Note