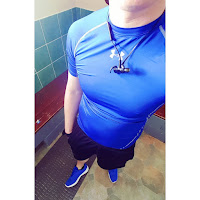 Firstly I have not completed a Marathon, Ultra Marathon, run across the Sahara, nor have I scaled Everest as the title suggests. Far from it, I am usually happy just to get twenty minutes of light jogging out of me knees.  That is if people still go jogging, it seems to be that everyone just runs now, “going for a run”, “I am runner”, so maybe I am now coming into my own runner prowess.

The triumph in the title is down to me running further than I have ever run in my life and I had to think back before my knees were shot out by playing Basketball.  Now I have not suddenly done a road race, the triumph in question is treadmill based, mostly as it is cold this time of year and secondly it is more controlled and softer on the joints and feet.  I did however run 6.62 miles in less than an hour.

To say I was over the moon was a complete understatement, I felt like jumping up and down right there and then, but truthfully it was more likely I would have just collapsed in a heap than the feet left the ground. After 58 minutes of fighting through the pain I had done it, the goal I set myself 3 weeks beforehand was complete.  Easier than I thought also, the furthest I had run the week before was 4.34 miles or 7km, so to run 10.66km was a miracle and one I certainly felt for a week after. 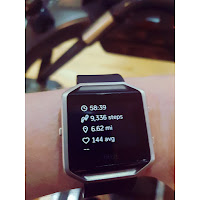 You see whilst running I felt fit and confident, once I stopped I was not out of breath and only the legs had any sign of fatigue.  I stretched all my ligaments, muscles and joints out for a good fifteen minutes and felt refreshed after a shower.  Even the next day after a small amount of movement felt perfectly fine.  Then the day after came and the "doms" were there with vengeance, my legs felt like two giant Lead weights and I had to do five minutes of stretching to make them feel like my legs.  I felt okay for some time until I hit the Gym on this day, my warm up consists of a quicker than normal 10 minute run.  Now the only way to describe the feeling was getting the pistons of an really old car up and running.  The slow moving of rust breaking away and took a few minutes before my legs loosened up.  Thankfully it was for only 10 minutes.  It took a week before I was back to normal and ready to do it all again, I only did a lighter run, jog, meander than a full six miles, I did about 4 instead.

I do still feel though that I have achieved something monumental, even though for many it is nothing, to me it is like hitting the summit.
Newer Issues Older Issues Current Issue
Curated Articles of Note