Issue 15; Circa Waves, An Album Review 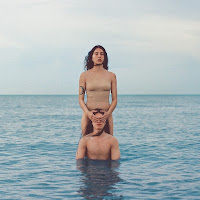 I used to review music and want to add some into my blog when something truly cool comes up so here is the first one. Enjoy.

This month saw the release of the third album by Liverpool band Circa Waves and also the month that the band came into by view and subsequently my ears.  They can thank Spotify for this and I was surprised to find a full album that was just a delight to listen to.


Even though starts with what seems like an all out riffs and beats on track ‘Sorry I’m Yours’ you soon realise this is not the normal rock, indie, Brit pop mix, this is a much more intelligent mix or modern music making, indie rock and pop but they don’t just slot into a genre.  And nicely much of their own material online doesn’t stick them in a genre either. It is one of them just listen and like or not like.

As the songs run through they also skim different styles, adding piano in ‘Time Won’t Change Me’ was complete genius along with the funky disco effect on ‘Motorcade’ adds some great diversity to the album and breaks it up.  Keeping their own sound but having it this eclectic is just great.

The song ‘Saviour’ has a dirty blues sound to it, which puts it right in my cross hairs and is song that stuck with me after just the first listen.  I have a thing for dirty blues riffs. The industrial feel to this song it was does it and again shows some serious talent not to bore me by this the final song on the album.

Many bands just manufacturer the same old sound for every song and Circa Waves just don’t do this with ‘What’s It Like Over There’ available NOW over on Spotify and in good and evil download companies and stores.