Issue 20; The Long Way to Conyer 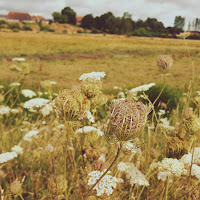 This was my first long trek, I picked it as was close to where I live and quite flat, not much preparation was needed and could do in about six hours on a Saturday. It was also my first solo trek.


The sun was shining, even though as is advised I had packed for rain and cold, you never know when nature will throw a spanner in the works. The first part was getting to the nature reserve, which is about thirty minutes from my house, so not too bad but down a main road.  Thankfully the rest of this walk is all off road, I used the Komoot app to navigate, well, to plan it anyway, as to be honest very hard to get lost on this trial. 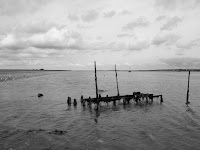 The Komoot app does have descriptions and which said shipwrecks, I know they are just derelict boats rotting away so kind of a wreck but we are not talking galleon here.  The nature reserve is part of the local marsh land and is great for bird watches or people who are interested in such things. Me, I just like being out in the open. 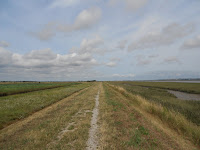 chalky base of stone gives you good grip even in the rain as have found out on earlier walks in the area.

With the water on one side of you and farm and grass lands on the other and no one around it is very peaceful.  On sunny days like this day a few other walkers of all ages were on this along with a few dog walkers, runners and mountain bikers, but as I said not that busy. 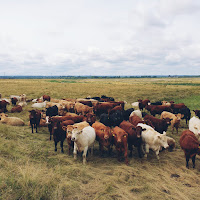 Much of the land is used for grazing livestock, and did come across a very nice bunch of cows on route and an escapee sheep who seemed quite content walking off into the distance after I got him out of a ditch. Alas as not in a field with other sheep he may have never been seen again.

I large part of this walk was quite boring and due to the flat ease of the terrain it wasn’t challenging.  It was just the length that was tough. I reached Conyer in one peace and just in need for a top up of water and unfortunate for me the end point has a pub, so a pint was had, next time maybe lunch when not on my own.

After a quick turn around as had taken me three and a half hours to get to my halfway point, I ventured on.  There is no loop in this area without hitting roads, according to the app anyway so I retraced my steps, moving back along the water's edge, the tide had now come in and many more 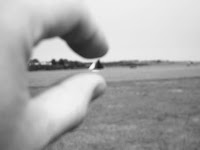 boats where traversing their way back into one of the shores.  From this point you can see straight to Oare, where the trail begins, Seasalter a village and Whitstable the town further along the Saxon Shore Way. This is what hit me on the way back, I could see the end but was about two hours away from it.

I have only walked a maximum of 10km and this was one was over double and by the time I got home was 26.7km and allowing for signal loss and an error where I didn’t track at the beginning probably more like 30km.  The last hour of the reserve to my house was tough and my legs were hurting the whole back, they just wanted to stop but this was the challenge and why I chose this as long but not much incline. 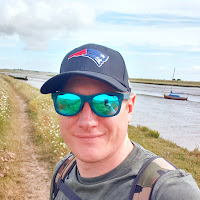 A great local trail but the views do not change on most of it, so not sure I would choose to do this one again, but maybe for a training hike.