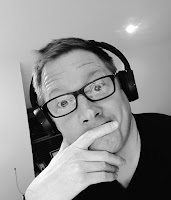 If you are a regular reader you may know I have an eclectic taste in music, I will and do listen to many different genres but never all at once, I flow through phases.  And I currently find myself in a time of heavy rock new and old and it is inspiring.


Last time I was listening to a lot of southern rock and country, but have gone back to an old friend with the heavier sound of guitars, riffs aplenty, and base lines to blow any amp head sky high.  This recent move to this style of music was the song ‘Sad But True’ by the legends Metallica on there and the first rock album I ever bought when I was a young teen, closely followed by Number of the Beast by Iron Maiden, I had some catch up to do it seems.  And this is where my love of rock started and it has never really gone away even when I have moved through genres over the years and is why I have this off taste of sounds in my old age. But when you start back in a genre you start to find other bands that have always been on the sidelines of your playlists.

First album, which is very concept, is Black Veil Brides ‘Wretched and Divine’, it is a war of good and evil it seems and is very hidden in a fantasy world.  For a rock album which was released in 2012 this was a thing that was not done often by more well known bands past the 80’s. It is a shame it wasn’t really continued into 2018’s Vale. But still a nice heavy album.  I have also gone back to the band with one of the worst names ever, ‘Five Finger Death Punch’, what a load of nonsense, but their music is worth the listen and a new album is on it’s way. I have been listening to nearly every Metallica album going now downloaded through Spotify and also went and got Rob Zombie’s ‘Past, Present & Future’.  Many rock fans or heavy rock fans look down on you when you like Rob but I do, so there it is.

What started me falling back into rock was that unlike a lot of dance style bass heavy tracks, rock is amazing when you are working out at the gym.  This is what you need, Rock workout classes as the music genre really does build itself to cardio and weights. So thanks to my fitness regime it has brought me back to a lost favourite.

I still seem to be a few years behind with albums and some that I have gone back to, don’t even exist just the music left out there.  When I look at new rock bands or heavy rock bands I find boring more pop sounds with vocals like a boy band, no heavy bass lines or good riffs.  When did rock become pop music? Something obviously went wrong somewhere. I even stepped over to the Metal new music. And the music is better. But screamo needs to sod off, it is pointless and is just for people who can’t sing and I get bored very quickly.  Where is the music in between them? The Heavy rock without the new metal. You get a few, in Avenged Sevenfold, who lean more the rock way and some songs are more Iron Maiden. But they are few and far between in this genre. Not that I have exhausted myself on searching but certainly some missing sounds these days (I know my old man-ness is coming through).  I write about new music so I am still into new things but gets lost quite a bit when I want a certain sound in a band or track I have not heard before.

So below are some of my favourite tracks currently, in no specific order;