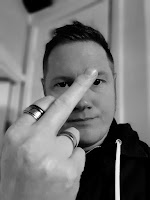 We live in a world where no one cares, Kindness is not virtue it is a necessity, you shouldn’t destroy someone in public due to any of their circumstances.  The recent one was Miss Flack, and it is disgusting that the same media outlets and online worlds that were ripping her shreds suddenly flood the world with love for her.  Her so called friends suddenly publicly called everyone out, now where were you when she was in a mess? In this blog I will look into the dark underbelly of society, which oddly enough is the same things we see everyday, the media and so called trolls.


Social media is the petri dish of hate and disgusting humans, Twitter is the ringleader but anywhere you can comment, message have your say is more full of hate than anything else.  Nothing can stop me from writing a whole script of bile for you to read about my thoughts of people. But why should you? Why use this energy to destroy someone, especially someone whom you don’t know, has never hurt you and does not affect your life.  In the Flack’s case this was true it seems, with her world falling apart which was later put forward in her own words,even thought once again on Social Media. I didn’t really know who she was, I had heard her name but I don’t watch reality TV and apparently was big on that horrid show Love Island, another one which seems to create issues with suicide high in the show.  Sorry I am a TV recluse but know this so not something I would even think to watch. If you think of this way it is a show where we judge others.

But as Flack was famous because she was on TV which in the end ripped her apart we all know about it and it over more media than ever with so called breaking news every time she gets mentioned.  But what about the teenagers who end their lives because of online hate and trolling, they are even less stable than adults. The non famous people who end up in papers for something they haven’t done which has caused suicide, remember them? No you don’t, that is a problem with the human condition.  We don’t really care, we are selfish animals, but also many are very venerable and rely on what people think of them.

Felix Alexander took his own life in 2016 due to online bullying, he was 17, how about Anna Smith in 2013, she was 14. Leon Jenkins was 43, he live streamed his suicide online, on a site dedicated to comments of abuse, so called online insult communities, this shit exists.  Personally these people who allow this and take part are basically serial killers of the new world. But only the famous ones stick in peoples minds, like Charlotte Dawson who died on the 22 February 2014 who was a New Zealand–Australian television personality. She was known in New Zealand for her roles as host of Getaway, and in Australia as a host on The Contender Australia and as a judge on Australia's Next Top Model.In 2014, her death by suicide attracted Australian-wide news coverage.  See a pattern here with reality TV people, just saying.

This world of online abuse to the point of mental illness is not just part of the so called Western world, it happens across the globe, the more famous the better but anyone will do.  What has happened to the human race, we have created a tech we are not developed enough to use. I am all for free speech, but this isn’t opinion this is orchestrated attacks against individuals, it makes me sick this happens.

I have had odd comments that I have blocked, deleted but I understand the bullshit, I can ignore it and carry on unfazed.  This is different when famous is the media, reporters and paps camped out to get you and torment you, but it seems like old fashioned bullying which at least was face to face is very much like the bullying today that no one will talk about it when happening to them.  But the media is just as bad.

They hound people outside their homes, when they go to the shops, I’m sure this was called stalking, but now it is some horrid humans job, get a different job.  But it creates revenue for the news outlets with the amount of traffic they get to websites and alike. It is a sad state of the world that the people who should just give us news so we know what is happening is doing things that then create more news like the with Flack.  I hope they learn from this mistake but I doubt it.

One thing is online communities need to do more for themselves, you can get people blocked, report people reply to people, I do, I am anti-troll and like to anger them when they have been harsh for no reason on someone’s post.  It is sad and pathetic and I am happy to stand up for people, I understand how it can affect the individuals. And the standard reply is bullshit, “they post their issues and life online, what do they expect?”, I will tell you now, not some horrid individual to send their hate and anger their way to cause a problem, don’t like what they post, then don’t follow them.  They are then normally blocked anyway. But what a waste of time......

They need something else to be doing, hmmmm, “would you like to play a game?” 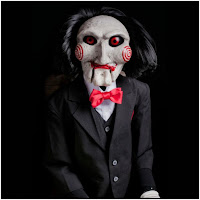