Issue 34; The Love of the 4 Quarters, Long Read 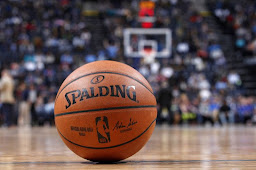 The energy, the speed, the power, the music encouraging the crowds to get involved.  The atmosphere even when sitting in your armchair at home watching a fast paced fight for the upper hand.  The charge into the D, or the field goals racking up the points for the teams, the battle is relentless and it is very well sponsored.

I recently got reacquainted with a lost love, this one was not female, in fact not a person at all, it was a game of four quarters and some very tall players.  I started my Basketball career in the nineties, I say career like I made it, I played at my secondary school (high school) for years and coached as I got older.  I played for two amateur teams and then a bit of a fun group who changed up the teams each week to keep active.  But over the years I stopped watching the game, then playing and totally forgot about it and team sports got lost in the world of everything else.  I was never a football supporter and even though I have my team, I don’t care what happens to them or who plays, it is more so I don’t have to have the conversation of “what do you mean you don’t support a football team”.  But Basketball is a different story and one that started alongside the great time for the game and Michael Jordan dominating the court and the game across the world.

Like many basketball fans in the UK during the late nineties I was a Bulls fan, of course they were the 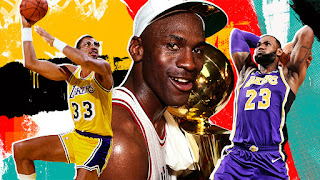 top team at the time.  In my group we had some Lakers people too, so both top teams East and West were supported within our own team and group of players, the richer kids only wore Air Jordans as the best trainers.  They were expensive for the time at near £50 and £60, now you are looking at over £100 for a pair, but time does as the numbers on.  But we were fanatical, along with playing for our team, we went to the park every chance we got to play, to hone that jump shot, to get the legs more springy.  We were probably a sight as none of us were overly bulky, we were pretty good players, but if any of us went to a gym we could have been excellent players.  We mostly played and bought magazines, at the time watching games was near impossible and this was pre internet as we know it today.  Channel 4 had a basketball programme called “24/7” a basketball lifestyle show that was on at the time, but that was it, we were limited but somehow we kept up to date and just kept playing. 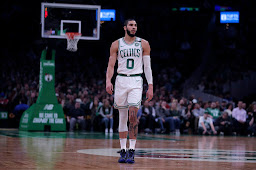 We all moved on to different amateur teams over time and closer to home others like myself further afield.  As time went on team allegiance changed and I drifted higher than Chicago, past New York to Boston and the Celtics, it helps that my first ever trip to the US of A was to Boston, right at the beginning of the season and the Celtics were plastered everywhere.  I kept playing for quite a few years until my mid 20’s and then I stopped playing, there were no teams close by, I knew no other players, that was the end of it.

Eventually I had forgotten about Basketball until ‘The Last Dance’ documentary came out on Netflix and I am not one for documentaries but after the first episode I was hooked and 10 hours later over four days I had watched the whole thing.  I was hooked and reignited my love for the game.  The energy of the game is what was always the draw compared to the slow pace of many other team sports.  Plus it was one I found was actually good at.

I know that part of me drifting away from the game was that it was always hard to watch any games in the UK on television or very expensive to pay for the online games which you still didn’t get all of them.  Now things are very different with the NBA League Pass covering every game for one price, so that is on my to do list for the next season as like most things at this time are not happening.  The NBA are planning a smaller play-off season coming later this year before the 2020-21 season begins, with hardly any fans, this may be a little weird so at least all fans can do is watch on the TV or online.

With the future of the game a bit all over the place, it is time for us to look at other avenues of Basketball, like the BBL, our own UK league, a smaller number of teams but our only professional league for the game.  Plus with court side seats at £50, you can’t go wrong.

My love has returned for this game at a time when no new games are happening. I just hope it comes back to its full glory sooner rather than later.