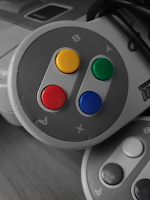 As you may or may not be aware, retro is in, from clothes to goods, people love something old or from a past decade.  This all started with clothes, then moved in such things as Vinyl records and then games, so I dipped into the retro gaming world, spurred on by a friend.
I have always been quite a casual gamer, I have half completed some of the biggest games known, anything too hard I get bored and stop playing.  One thing has always been a constant, Nintendo. From the Gameboy through to the 3DS I love the Nintendo small consoles. And due to my casual thing I have not got myself a Switch (yet), but as this is about retro then it doesn’t really matter.

What made me start thinking that I haven’t actually written about my retro gaming was my writing and history buff friend Nick and his great retro gaming blog (check it out here, after you have read this).  He is shooting through games on a multitude of consoles and it is great. Many made me think of my own childhood, and also that I hadn’t picked up the controller in a while. So for my dive into this world I blew the dust off the Super Nintendo console and put the cartridges in.  Even though it sounds quite sexual, it really is a plastic square cartridge, this was pre Compact Discs people, we still had cassette tapes and games were from cartridges. I thought it best to start where I started all them years ago with Star Fox and what a game. It has been 27 years since the release of this gem, it was a package game which was the one you got with the console and holds a place in my heart due to this.

The flight battle game has you as Fox McCloud, leading your team to take on the evil Dr Andross, who was thought dead but has come back and once invaded Cortina where the battle begins.  Even though much of the fighting is down to you, your team does help out and part of the game play is to help out your team when they get a tale, there is no stay on target here. There were three lines of levels to take and was down to what you did in different levels.  As before the internet when I first played these you couldn’t check how and used magazines for walk-troughs and cheats. I used to end up on the different level directions by complete fluke usually. It was always a fun game and even now the world built in Triangles still looks good, even though a little fuzzy on a big screen. 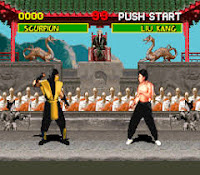 And with all pre-teenage boys as I was at the time I had to have a game you shouldn’t really have, this came in the form of Mortal Kombat, the first ever game to use actual people to help create the computer generated characters.  It was that step up from Street Fighter which was still cartoon like even though loved. The game was always controversial when it was released due to the use of blood on other consoles. As Nintendo was a family gaming company, they first wouldn’t take it on, but finally relented to have the fighting game but banned the use of blood graphics, so the

bloodless version was created with it’s brown dust coming off your victims, even when Scorpion rips his face off and burns them to skeletons.  I think someone just didn’t mention the evil ways to finish people in the game, something that made the game very popular.

More recently I jumped into the original Mario Kart along with Mario World, which has been amazingly written about here, but we all know these games, they went on to so many versions and sequels.  So am going to go sideways and go with Alien 3 and Doom.

Both games are of course shooters, everyone remembers Doom, the original PC FPS, with its gun collection and demons to destroy.  It is the exact same as the PC game, but had a very strange issue. Due to the cartridge style of games and the size and at the time high memory usage you were unable to save your game, in anyway!  With a game that is about 13 hours of game play it was basically like being on Permadeath from the original PC. You died but came back but you could never save. It was a problem for most gamers and never caught on.  It is still a classic and I do pick it up now and again, but as you can play on XBox also, and it is the same graphics you might as well save on this newer console. 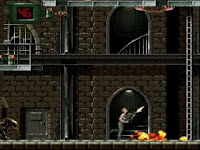 Now Alien 3 had a similar problem but the game was made to get around this from the start, each level has a selection of tasks for you to confirm, you have all the weapons already, pulse rifle and flame thrower, so you collect ammo as you go.  At the end of each level everything is reset so you have full everything. So as long as you complete the tasks in the level in one sitting you then get a password so you can access the next level without having to restart the game. If you did stop half way through a level, just tough.  The game was not as complex as Doom but the graphics are surprisingly good and the plat-former style game play and the game mechanics of shooting at angles is really fun. Even though called Alien 3 is not linked to any film, it is a cross between Aliens and Alien 3, with prisoners on the penal colony but with many aliens and eggs everywhere.  It is a fast paced game and mixes up the shooter genre.

There is a simplicity to retro gaming, they were hard but easier than some are now, something my aged brain likes, I am more useless at games than I was and the more complex the less likely I am to play them.  Now I am off to peruse EBay for the next not overpriced gem.
Newer Issues Older Issues Current Issue